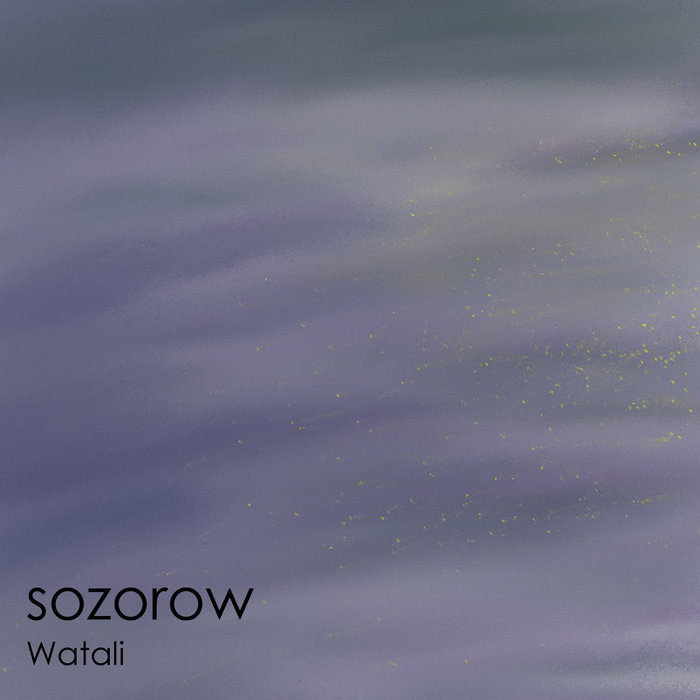 The first track "Watalidoli" overlays itselfs on the sound of migratory birds of Dublin bay. All tracks on this EP were made on the theme of "Watali", which translates as migration in English. "Into" and "release" also have this theme but add the sense of migrations experienced internally to inner worlds beyond the temporal and spatial migrations of travel.

Organically intertwined with synth, guitar, carimba, electric noise and environmental sounds, these tracks seep into listener's ears and tempt them somewhere far away.

ALL tracks written by
Sozorow

Born in Japan. Lives and works in Kyoto, Japan.

Hugely Influenced by electronica and post rock in his 20s, sozorow started to produce music with a laptop, electronic musical instrulments, noise, and organic sound while lived in Dublin, Ireland, 2009.

Bandcamp Daily  your guide to the world of Bandcamp

outré black metal, with a Victory Over the Sun interview and music from Liturgy and Jute Gyte.